Here is a quote from Michael Cohen’s new book, Disloyal, that really concerns me. Cohen, Trump’s former personal attorney wrote: “There is a serious danger that Donald Trump will not leave office easily, and there is a real chance of not having a peaceful transition. When he jokes about running again in 2024 and gets a crowd of thousands to chant “Trump 2024,” he’s not joking. Trump never jokes.”

Concerned Europeans keep asking me what will happen if Trump doesn’t step down if he loses the November 3rd election to Joe Biden. If it were anyone besides Trump, I would say, “Don’t worry about it. There will be a peaceful transfer of power come January 20, 2021. That’s the way our democracy has always worked.”

Given how Trump has behaved thus far, I can no longer offer these people any assurances. As he has repeatedly demonstrated, what is true, fair or just is irrelevant to him. All that matters is whether something or someone can benefit him. If not, it doesn’t matter at all. This is a man without a conscience who will lie, cheat and steal without giving it a second thought. And yet, many people still support him. Worst of all, Republican leaders remain silent in the face of his repeated assaults upon the courts, the media, the FBI, Black Lives Matter protesters and many more.

I don’t wonder anymore how Hitler was able to get away with so many crimes in Germany because Trump has been committing crimes since he was elected and he is still in power despite being impeached. The Republican Senators (except Sen. Mitch Romney) have enabled this catastrophe to happen to our once great country. What do Republicans stand for now, other than maintaining power at all costs?

Despite the risk of contracting Covid-19, I have some red state friends who are flying back to America from Spain to make sure their votes are counted. At the same time, they are making plans for how they will escape from the US if the election is contested by Trump. It sounds incredible. But then think about this for one minute. All Trump has to do is tweet post-election day that the election was rigged and encourage his supporters to take up arms to fight for his right to remain in office after January 20, 2021. Who will stop him from tweeting this message over and over until inauguration day?

So far no one has stopped him from tweeting lies and encouraging conflict among Americans. The head of the Department of Defense has already said the military won’t get involved in any election dispute. Do you trust Republican Senators to stop the madness when they voted to acquit Trump without hearing any witnesses or reviewing any evidence during his impeachment trial in February? I am not optimistic. For them, it’s party over country every time. What will you do, dear reader, if this dreaded day comes? Will you fight? Will you flee? Where will you go with some many countries off limits to Americans because of the pandemic? Start making a plan now, just in case. As the saying goes, “Hope for the best. Prepare for the worst.”

Here’s what a February 22 Atlantic magazine article by Barbara McQuade said on the same topic as this post: “If Trump should fail in his final duty as president to transfer power peacefully, the nation’s laws, norms, and institutions will be responsible for carrying out the will of the electorate. Should those fail too, then the American experiment’s greatest achievement will come to a grinding halt, and with it the hope that a republic can ever be kept.” https://www.theatlantic.com/ideas/archive/2020/02/what-if-he-wont-go/606259/.

5 thoughts on “The End of America’s Democracy?” 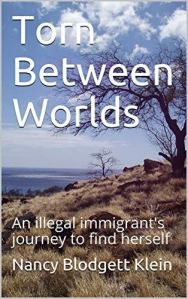 The World Through My Glasses